The urban development nexus – From growth to shrinkage and back?

In many countries all over the world cities and regions underwent structural transformations – e.g. in old industrialised ‘rust belts’ or in peripheral rural areas. Many of these so called ‘shrinking cities’ have to face the challenges of long-term demographic and economic changes. What are the options for these cities? Many cities have tried to combat shrinkage and have thus developed a variety of policies and strategies. Cities have gone through a stage of downsizing and in this respect they made the experience that the type of industry which fuelled growth in the past (e.g. mining, manufacturing, steel industries) won’t have the potential to be revived in an era of globalisation and post industrialization. Instead, many cities have come to the conclusion of ‘diversify or parish’ when it comes to revitalizing the economic basis. But, substitute industries are not alike, and as urban settings are complex, there is not a single industry or economic branch that would be a potential fit for all cities. The urban context is intertwined in a complex and unpredictable place-based setting which makes it hard to predict what might work and what not. This presentation will address factors of decline and growth, highlighted by select examples of cities from Europe, the USA, and Japan.

Karina Pallagst is a professor for the International Planning Systems at Kaiserslautern University’s faculty of Spatial Planning. Previously, she worked at UC Berkeley’s center for Global Metropolitan Studies (GMS) and at the Institute of Urban and Regional Development (IURD) as the Program Director of the Shrinking Cities International Research Group. Prior to this appointment, she was a senior research specialist at the Dresden-based Institute of Ecological and Regional Development (IOER). Prof. Pallagst holds a PhD from Kaiserslautern University and a post-doctoral degree from Dresden Technical University. Her research focuses on international comparative urban development, shrinking cities, urban growth, planning cultures, and planning theory. She serves on numerous think tanks, work groups and committees regarding spatial planning and international urban development. She is also a co-founder and co-chair of the Shrinking Cities International Research Network (SCiRN).

Legal frameworks and the playground of planning practice

Legal base for spatial planning is very diverse in Europe and all efforts to integrate planning within then European Communities proved to be futile as early as in the 1980s. In the 1990s, the former Soviet-Bloc countries sought for inspiration for the transformation from former state-controlled planning to a market-compatible planning and, quite naturally, they turned to the established democracies of Western Europe. Consequently, they introduced some features from planning laws and regulations like EIA and SEA, believing this would help to establish Western standards in planning operation as well. The transfers started from English-speaking countries owing to prevailing knowledge of the English language but soon the gap between continental and Anglo-American legal system turned the attention mostly to German planning which has the same origins and which uses similar concepts. After decades of (sometimes fragmentary) import and implementation of legal instruments, the scene of Czech, Slovak, Polish, etc. planning is still quite different from how spatial planning operates in Germany, Austria or Switzerland. It shows up that the transferred features of laws and regulations act differently in a different governance culture. The case of Czech planning will be presented as an example of the bounded transferability of law between planning and governance cultures.

Karel Maier is an architect and a professor for Urban and Regional Planning at the Czech Technical University and the Czech University of Life Sciences in Prague. His previous work experiences include the Institute for Regional Planning – Terplan, the Czech Commission for Scientific and Technological Development, the Czech Ministry for Development and Construction, and the Department of Urban Studies (University of Akron, USA). He is a member of the Czech Chamber of Architects, Akademie für Raumforschung und Landesplanung (ARL), the Czech national representative of the Association of European Schools of Planning (AESOP). His research focuses on planning in East-Central Europe, planning theory, urban development and economics, and sustainability issues in spatial planning.

Usti nad Labem – the city in a haze. The story of post-socialist urban planning and governance

During the socialist era the Usti region and the city of Usti nad Labem represented a cornerstone of Czechoslovak economy, mainly due to mining, chemical and other industries which were located in the area. Consequently, it had a large amount of blue-collar workforce. The gradual exploitation of natural resources coupled with an unsuccessful transformation of many businesses from a centrally planned to market economy in the late 1990s has created a scene of regional decline and marginalization, both relative and absolute. The city nowadays is a region’s administrative centre, and represents a typical example of a shrinking city in the Central-European context. The governance of shrinkage of Usti nad Labem is a product of complex, multi-layered, overlapping activities initiated and performed by actors ranging from the state government to the city level.  From the early 1990s, as consequence of the democratization processes, there has been a strong trend for local actors’ emancipation. But over the time, facing many embedded problems and post-socialist inheritances, the enthusiasm for a strictly local way of governance has diminished. Local authorities tended to follow formalist manners and preferred bureaucratic procedures to functional solutions. In this talk, the described transformations will be explored and set in the broader theoretical discourse.

Jaroslav Koutský is an associate professor of Regional Development and the dean of the Faculty of Social and Economic Studies at UJEP. He studied social geography and regional development at the University of Ostrava, regional geography and regional development at Masaryk University, and spent a research stay at Tufts University in Boston. Before his academic career, he was working as a project manager in CzechInvest. He is a member of the Czech Geographical Society. He is a great ice hockey and tennis player. His research focuses on old industrial regions, urban shrinkage and more broadly, on the factors of regional economic performance. 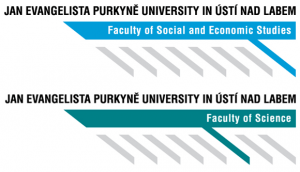 
Learn all you need to know about Ústí nad Labem here